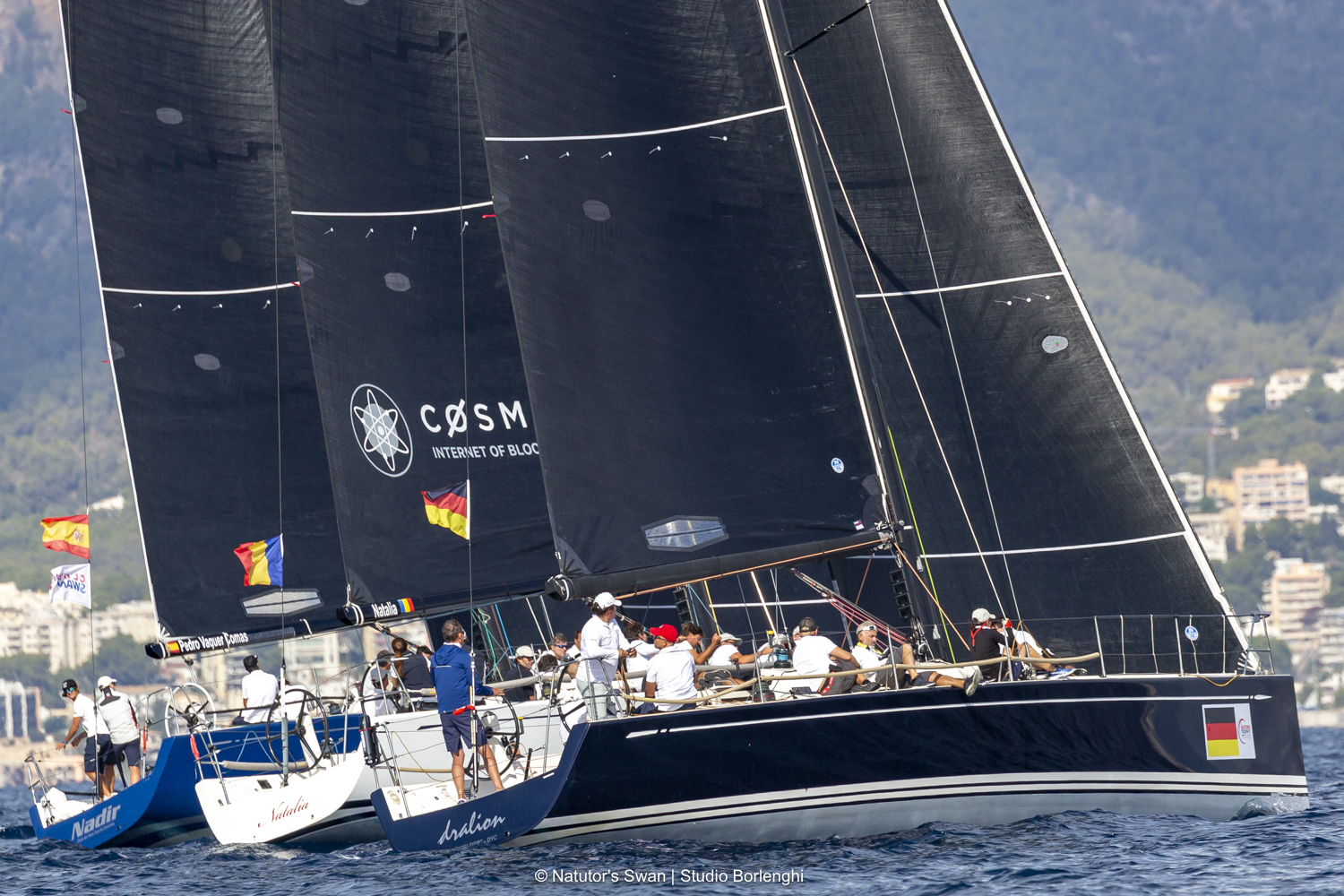 Posted at 15:43h in Newsletter by nautorswanuser 0 Comments
0 Likes
Share

The story starts in 2006 when I decided to develop a new and unique race boat with a simple brief: high-advanced-composite-ULDP-cruiser-racer around 50 feet with dual purpose – winning races against IRC-modified TP52 and gentle cruising with a small family crew (push-button-driven comfort). It should be my boat No. 10, the second custom-build 50 feet after the BRENTA 55 “Imagine”.
To start this ambitious development I invited two people to the BOOT show in January 2007 in Düsseldorf – my sailing friend and Project Manager John Alexander, Melbourne AUS and the IRC-world dominating Naval Architect Jason Ker from Southampton, GBR.
We have discussed the new project during two long, intensive days and my tolerant wife had to manage some nice surroundings and some brain refreshment during the evening. That was the reason why we came to visit the wonderful show of CIRQUE DE SOLEIL with their production called DRALION. DRALION was the name-giving fabulous creature of this show, half DRAgon and half LION and it symbolised both worlds, the mystical adventures of Asia and the powerful dominance of the Western hemisphere. All of us felt concordantly at the end of the show that we had found, by the way, the perfect name for the new project… created from an international group of sailing enthusiasts, build for the western Mediterranean and manufactured in Dubai – the entrance to Asia.
When the boat, a KER 53 cruiser-racer, was launched in March 2010 in the Americas Cup loft of ALINGHI in Valencia, the former project name was proudly given by my daughter Caterina to the vessel and the story of a fabulous creature, half Dragon and half Lion took place around the races courses in the Med. Winning big events like Giraglia, Rolex Middle Sea Race, Les Voiles de St Tropez and many more in its IRC Class – the birth of a rocketship with race crew onboard and a docile kitty when driven shorthanded.
Since these days, also my boat No. 11, a J70 and No. 12, the real beauty – ClubSwan 42-51 (my first secondhand yacht!) follow as DRALION in the same spirit of sail-racing, great fun and respect for the sea.