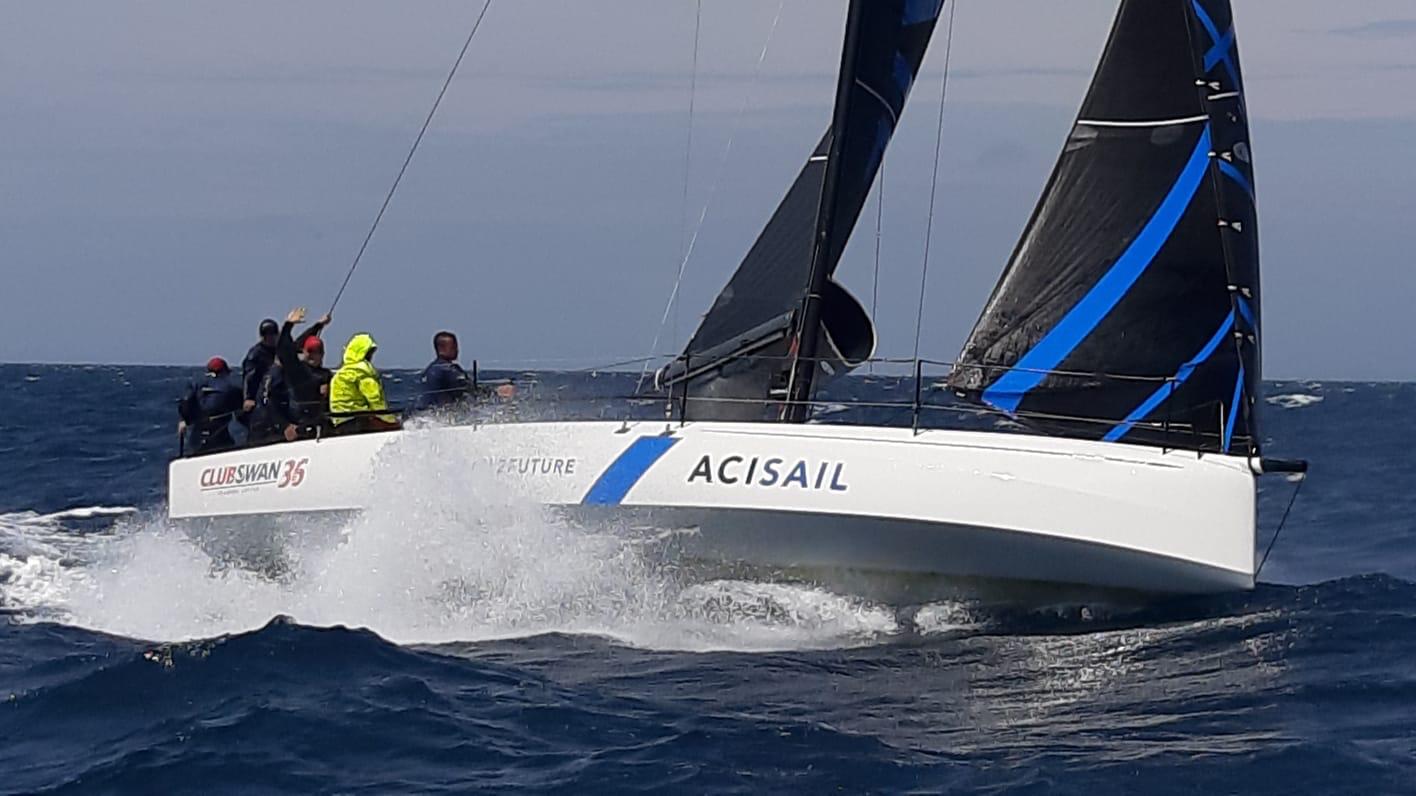 Posted at 14:53h in Newsletter by nautorswanuser

This offshore regatta, popularly called “One hundred Miles for two” is attractive not only because of its 100 Nm route: Split-island Sušac-Split, but also because it is also double handed what makes it even more challenging.

22 hours of sailing, shifty challenging winds varying from ultra-strong, due to which the race was postponed for one day, to light breeze and strong currents between islands made this race even more difficult for all crews.

“Once again ClubSwan 36 proved that it is a real race machine in every single condition“, said Ivan Kljaković-Gašpić, ACI Sail’s project manager who sailed on ClubSwan 36 „Bracing Breeze“ which won second place. “Regatta Sušac 100 Miles double handed was one of the interesting tests for ClubSwan 36. After almost 24 hours of no sleeping and no rest for two of us on board, we have to say that binspite of everything we had a great time and enjoyed the race tremendously. ClubSwan 36 boat is a beast for every occasion. Although she is built for inshore races we never felt discouraged or penalised by sailing double handed in difficult event. The race was sailed without autopilot so once again ClubSwan 36 quite easy to handle the boat in every situation.” ACI Sail’s Ivan Kljaković-Gašpič continued.