Posted at 09:58h in News by Sara Torrini 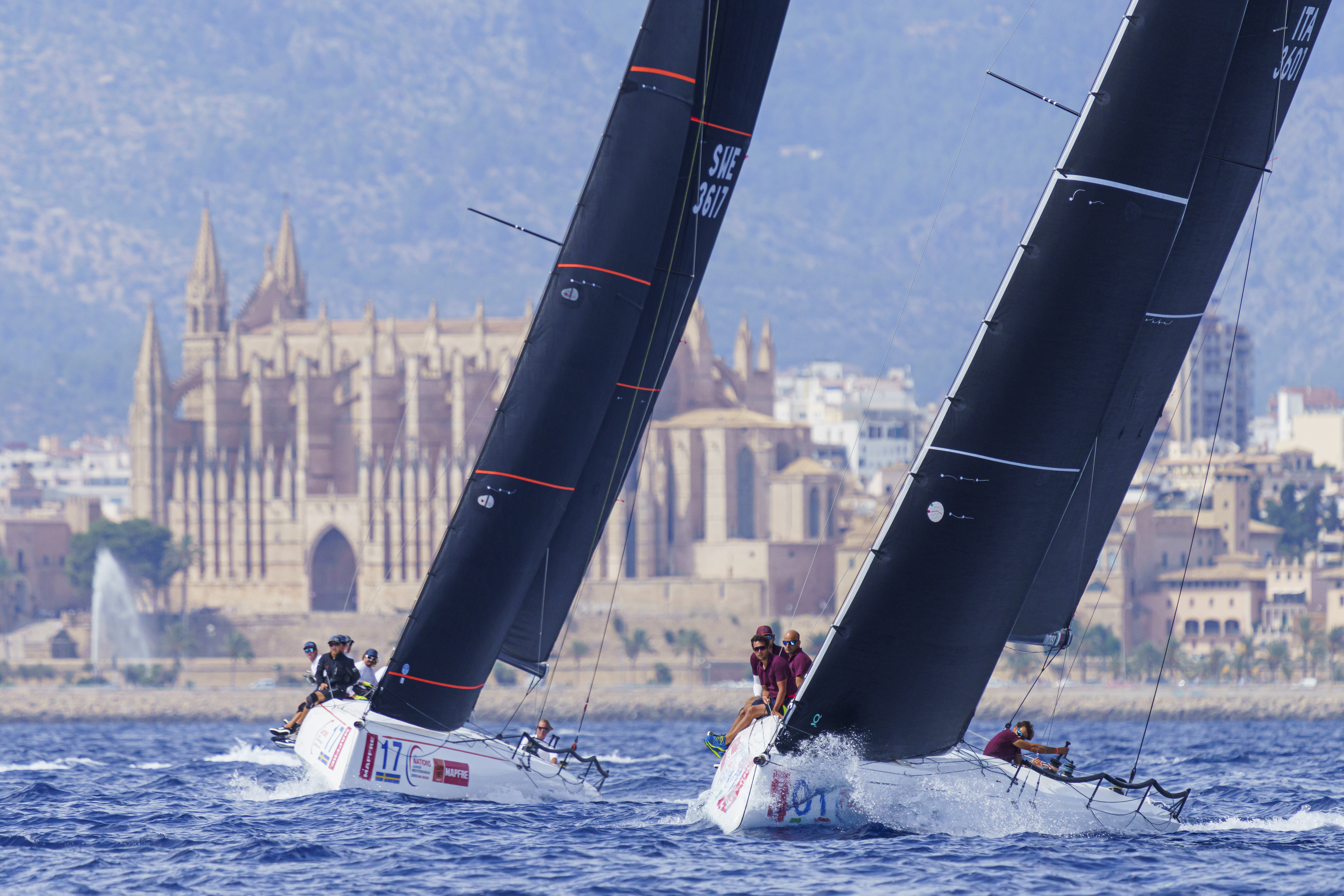 The ClubSwan Racing one-design fleet will be front and centre when it takes its place at the heart of the 40th edition of Spain’s prestigious royal regatta, the Copa del Rey, from August 1-6.

A total of 32 one-design Swan yachts will be competing in the ClubSwan 36, ClubSwan 42 and ClubSwan 50 classes, while a further seven Swan yachts, including one of the new Swan 58 range, have the potential to excel in two of the open rating classes.

The highly competitive event held in the Bay of Palma is one of the highlights of the Mediterranean racing season and – like the ClubSwan Racing circuit itself – attracts world class professional racers who crew alongside passionate and enthusiastic Corinthian sailors.

“It is excellent that ClubSwan Racing will play such a big part in the Copa del Rey,” said Federico Michetti, Head of Sport Activities at ClubSwan Racing. “It is a fantastic regatta with superb organisation, competitive racing and a fun social programme ashore. We are delighted to be a part of it.”

It’s a view echoed by RCNP President Emerico Fuster: “All of us at Real Club Náutico de Palma have worked hard to make sure the Copa del Rey retains its special place in the Mediterranean racing calendar, and with more than 100 teams from 20 different countries getting ready to compete I believe we have succeeded.

“ClubSwan Racing has played a big part in that, and we are looking forward to welcoming all the owners and crews to what is going to be a regatta to remember.”

As host RCNP will be the venue for many of the social events that are an integral part of the Copa del Rey, with the terrace the setting for a series of concerts throughout the week as well as an Owners’ Cocktail party on Thursday 4 August.

Meanwhile the concluding prize-giving ceremony on Saturday 6 August, which will be presided over by His Majesty King Felipe VI, will be held at Ses Voltes, a unique space at the foot of Palma’s gothic cathedral.

Out on the water the 14-strong ClubSwan 50 class will be the largest of the Swan one-design fleets, with Hendrik Brandis’ Earlybird no doubt looking to go one better than her runner-up spot at the recent Swan One Design Worlds in Valencia.

For the team on the Palma-based German entry Olymp, the Copa del Rey is effectively a home regatta. Owner Mark Bezner said: “Mallorca and Palma feels like home, so racing here may give us some home advantage.

“We last raced at the Sardinia Challenge so we know how competitive the ClubSwan 50 class can be, and we will be hoping to deliver a strong performance and have a great time as well.”

The ClubSwan 42 class is also well represented at the Copa del Rey, with 10 on the startline including Pedro Vaquer’s Nadir who will be out to repeat their decisive victory at the Swan One Design Worlds.

“We put a lot of effort and training into the Worlds, though it was a much closer contest than the results indicated,” said Vaquer. “Our rivals will be competitive at the Copa del Rey so we will have to be on top of our game again. Either way it is going to be fun.”

The super-competitive 8-strong ClubSwan 36 class will doubtless provide another masterclass in tight racing, with the Worlds only decided on countback after four yachts went into the final race a single point apart.

One entry looking to be in the mix will be Richard Thompson’s Black Seal, flying the flag for Guernsey. A clear victory at the Swan Sardinia Challenge back in early June demonstrated her potential.

“The Copa del Rey is a very prestigious event, and we will be working very hard to repeat our Sardinia success,” said Thompson. “We have no illusions about the level of competition we will face, but that is part of the reason we are in the class, and we will be giving it our all.”