Posted at 17:03h in News by Sara Torrini 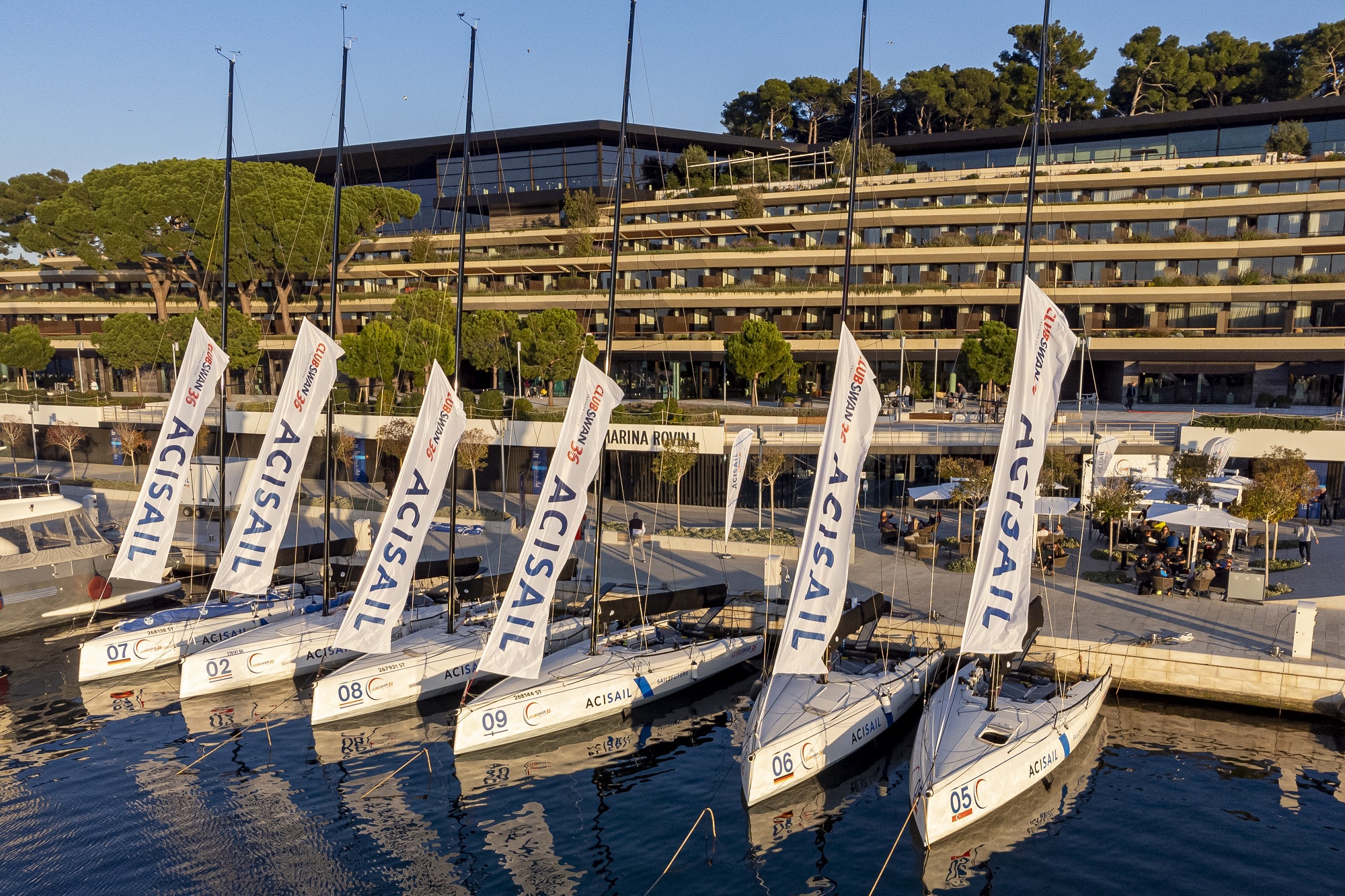 For the past 30 years, picturesque Rovinj in Croatia was a perfect yachting hot spot for many regattas including the very famous ACI Match Race regattas, with big sailing names like Russell Coutts, Peter Gilmour and Paul Cayard who all enjoyed sailing in this charming part of Istria.

Ancient, densely spaced terracotta-roofed buildings and the giant baroque basilica of St Euphemia of Rovinj’s old town were a perfect backdrop for tough and competitive racing.
With the ClubSwan36 ACI Cup this part of the Adriatic is set to be a superb ClubSwan racing destination in the future.

The first regatta in Croatia with the ClubSwan racing signature is being held at the five-anchor ACI Marina Rovinj. Organized by ACI d.d. and ACI Sail with the support of ClubSwan Racing, the sports division of Nautor’s Swan, the luxury sailing yacht manufacturer, who is also the  organizer of a circuit of events dedicated to its owners, like The Nations Trophy, the Rolex Swan Cup, The Swan One Design Worlds only to name a few.

With six innovative ClubSwan 36s and crews from all over Europe, the ClubSwan 36 ACI Cup offers amazing sheltered conditions and real champagne sailing. This combined with the beautiful scenery of Rovinj’s old town and a series of carefully distanced social events organized in ACI marina Rovinj make for a really special atmosphere. 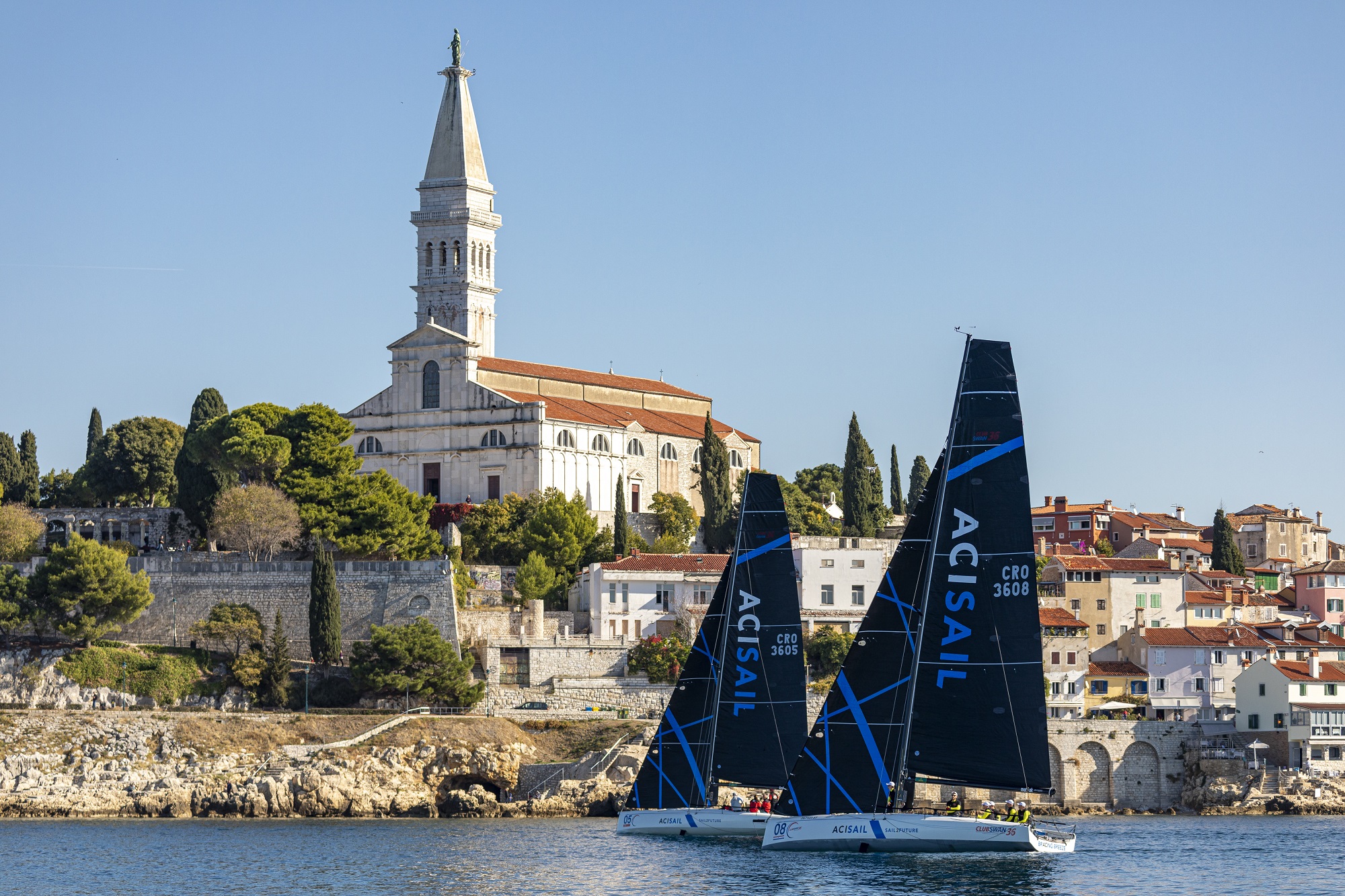 “We started the ACI Sail project two years ago and this regatta is a big milestone for us. ClubSwan 36 is not only a boat but also synonymous with excellence, passion, and gentlemanly racing. Rovinj and this beautiful ACI marina are the perfect stages for these kind of regattas”, explained ACI Sail’s project manager Ivan Kljaković Gašpić.

This first edition of the ClubSwan 36 ACI Cup represents also an anticipation of the ClubSwan Racing 2022 calendar, with the legs of The Nations League dedicated to Swan One design boats, including the Rolex Swan Cup and the Swan One Design Worlds. This regatta is also a little teaser for the big things that are coming in the future because Croatia is hosting theClubSwan 36 Europeans next year.

“It’s amazing to share the enthusiasm and the great efforts put together by ACI Sail’s team to make this event happen in such a top level way” says Federico Michetti head of Sports Activities and CEO at ClubSwan Racing. “The location is amazing and the race courses even more. The vibe and the atmosphere of this venue are something incredible. We look forward to hosting more events here, where ClubSwan owners will be made to feel at home.”

ACI Sail was born as a brand extension of the largest nautical tourism company in Croatia – ACI d.d., which is focused on providing a unique sailing experience at the highest world-class level, intended for all sea lovers regardless of their sailing experience. Guided by this vision and in collaboration with the Finnish luxury sailboat manufacturer Nautor’s Swan, the world’s first and unique ACI Sail ClubSwan 36 Training Center was created. Equipped with the premier fleet of the most progressive sailboats on the market – ClubSwan 36, and a crew of experienced and Olympic sailors, the ACI Sail ClubSwan 36 Training Center offers a whole new level of sailing experience while fully adapting to its clients.

“ACI is a valuable partner for Nautor’s Swan, it’s been the first Worldwide ClubSwan 36 training centre established with a fleet of ClubSwan 36 boats available for those sailors willing to race in a different way.“ says Giovanni Pomati, Nautor Group CEO. “Today supporting the ClubSwan 36 training centre fleet competing in this first edition of the ACI Cup is highly gratifying and is another incentive for us to always follow our plans until they become reality”.