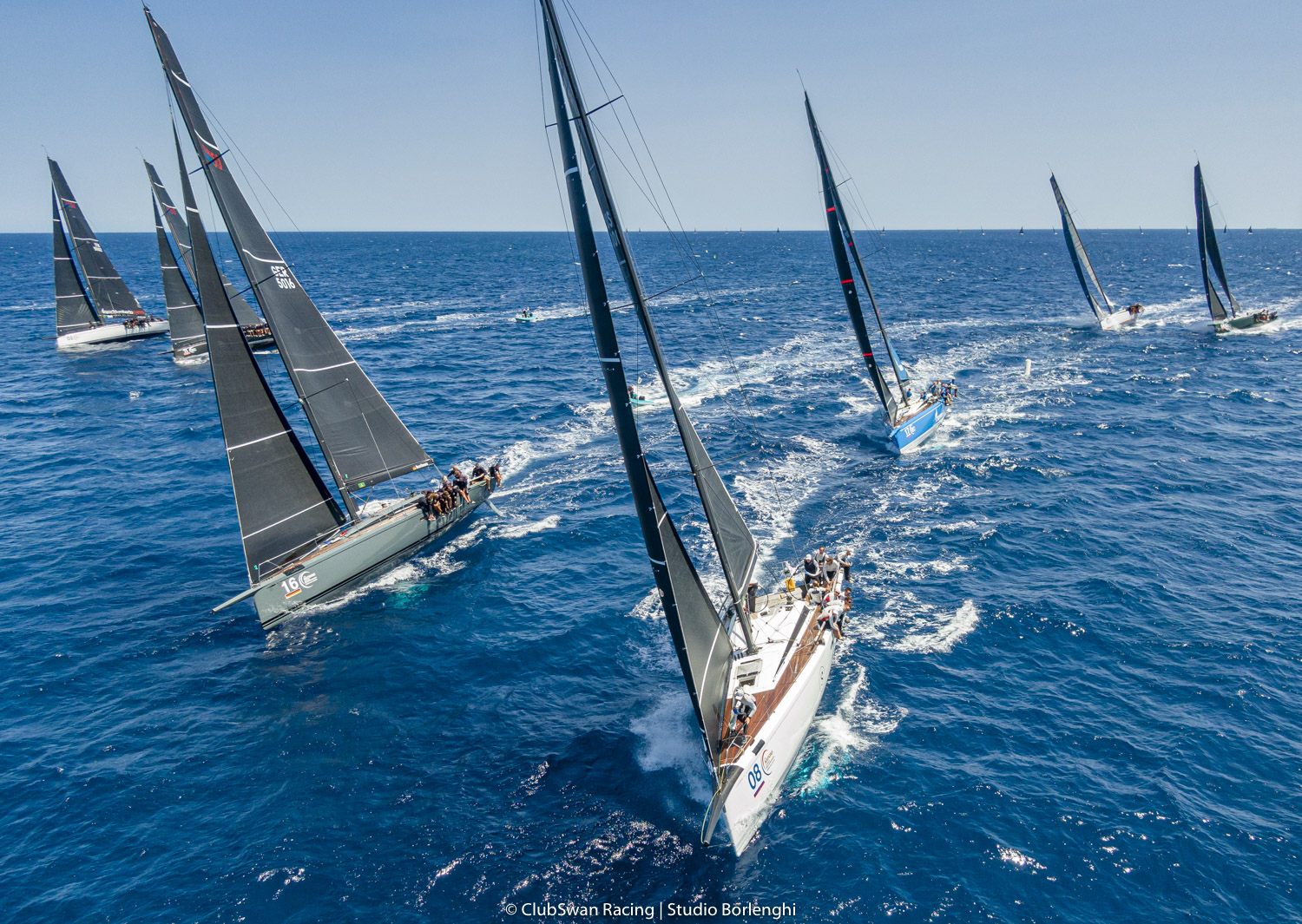 North Sardinia and the emerald waters of the Costa Smeralda delivered on their promise of perfect sailing conditions for the ClubSwan fleet assembled for the Swan Sardinia Challenge. Over three days of intense one-design racing, two days of perfect Mistral winds gave the 34 boats a vigorous work-out, putting them through their paces in up to 25 knots. It may only have been possible to complete seven of the 11 races, but the stiffer conditions were just what the crews had been hoping for ahead of the racing, which ran from 22-26 June.

“As it always does, Porto Cervo has delivered some blistering racing for the Swan one-design fleet,” says Federico Michetti, head of Swan sports activities at ClubSwan Racing. “Stronger winds made this famous race course a more testing prospect for owners and crew, and they rose to the challenge. It is a credit to the quality of the sailors here that the boats remained so closely matched.”

The racing was split into four classes, each of which offered its own theatre for intense competition. Among the ClubSwan 50 boats, Marcus Brennecke’s Hatari fought hard with Dmitry Rybolovlev and Andrey Konogorov’s Sparti and Leonardo Ferragamo’s Cuordileone. After the seven races, just four points stood between the German and the Russian boats, with Brennecke coming out on top with three bullets and two second places. Cuoridileone took third.

In the Swan 45 class, where five boats were competing, it was Italian Stefano Masi in Ulika who saw off a tough challenge from reigning world champion Lennard van Oeveren in Motions. The two traded podium places throughout the event and a wafer-thin two points separated them after the final race. Third place in the S45 went to 2019 World champion Klaus Diederichs in Fever.

Six boats made up the fleet of ClubSwan 42s. Spaniard Pedro Vaquer Comas took the top spot after an impressive display of three firsts and three second place finishes – just a fifth place blotted his scoresheet in Nadir. In second place overall was Luca Formentini in Koyré – Spirit of Nerina; while in third place, with a pair of bullets, came the Romanian entry Natalia, helmed by Natalia Brailoiu. 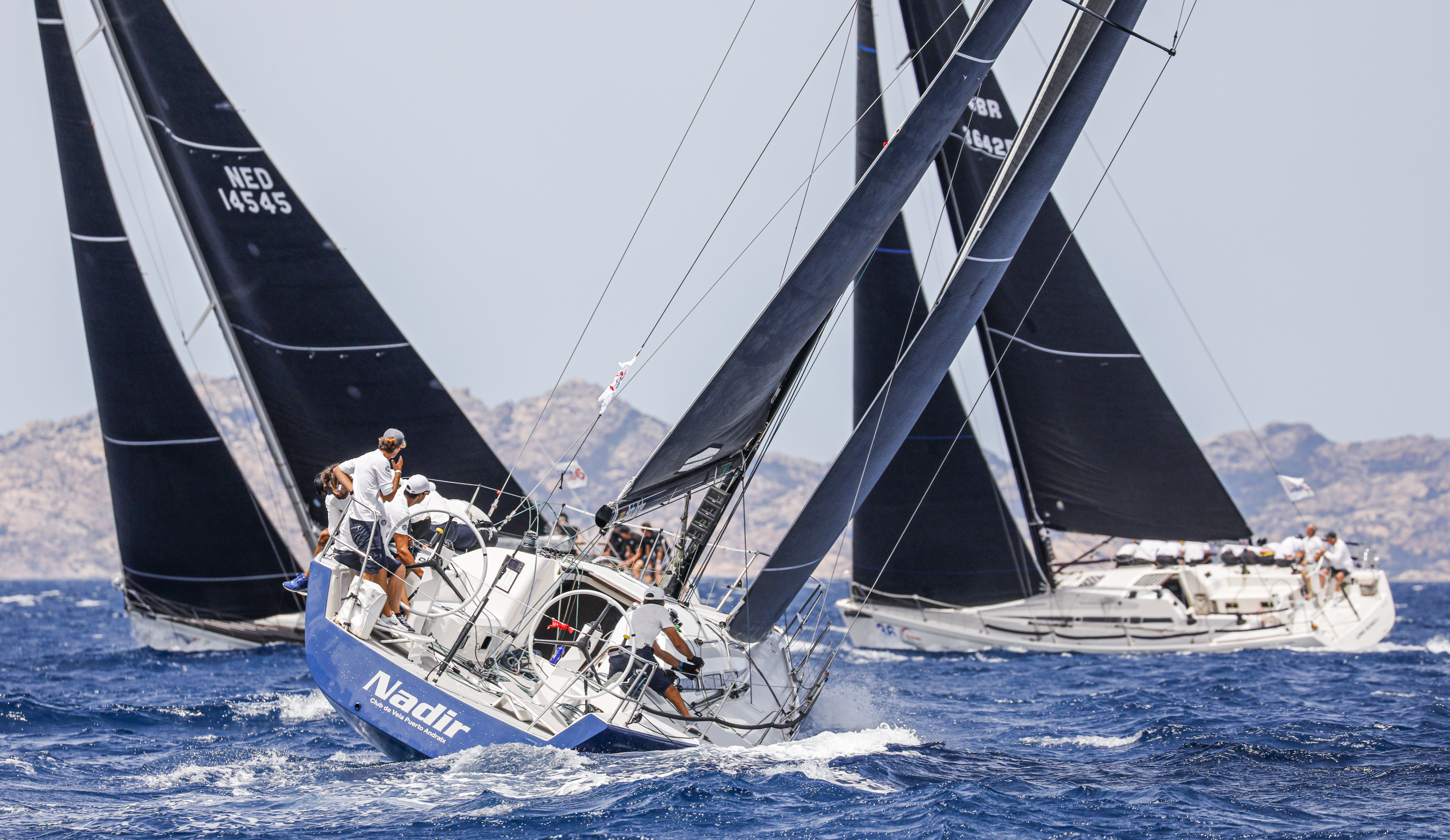 Competition was perhaps at its fiercest among the 10-strong fleet of the new Club Swan 36 boat, with its striking reverse sheer and C-shaped foil. Just as in the Tuscany Challenge, G-Spot and Vitamina traded the lead throughout the regatta. It all came down to the final race, where Andrea Lacorte’s Vitamina slumped to an uncharacteristic fourth place, while Giangiacomo Serena di Lapigio’s G-Spot held their nerve and finished first in the blustery conditions. Just one point separated Vitamina in second and third-placed boat Farstar, owned by Lorenzo Mondo, with the Pavesio brothers’ Fra Martina also within striking range.

Racing was impossible on the final day of the regatta, because the wind failed to show up, rounding off four days of wildly differing conditions to really test the crews. What is certain, however, is that the sailors put on a stunning display of evenly matched racing. And never was the spectacle better than when the fleets flashed past each other on different legs – all set against the splendour of this famous coastline.

Equally certain is that owners and crews alike thoroughly enjoyed the hospitality of the YCCS, which organised the Swan Sardinia Challenge. A series of social events, carefully designed to respect the rigorous Covid restrictions in force, gave a warm welcome and showed off the elegance and style of the Swan world. The highlight was undoubtedly the owner’s dinner on Friday, hosted by the YCCS, and a cocktail reception offered by Banor.

Leonardo Ferragamo, Chairman of Nautor Group, paid tribute to the race organisers. “Porto Cervo and YCCS have always been home for Nautor, since the very beginning and the vibe is awe-inspiring,” he said. “It is because of the special atmosphere here, and the tireless work of our hosts at Yacht Club Costa Smeralda. This was our first Sardinia Challenge, and we hope to be back again, as it was a wonderful occasion: elegant, energising and loads of fun.”

Michael Illbruck, Commodore of YCCS, adds: “We are very pleased to have organised this first edition of the Swan Sardinia Challenge with Nautor’s Swan. These were intense days of hard fought races and that proves how high the level of competition was at this event. I myself was a competitor in the racing fleet and can assure you that sailing Minna in the ClubSwan 36 fleet was very challenging; together with my team we were trying something new every day, trying to improve our performance. This has been a wonderful first edition and I want to thank all of the owners and their crews for having come to Porto Cervo. I also thank the Race Committee and all of our YCCS staff for their hard work.” 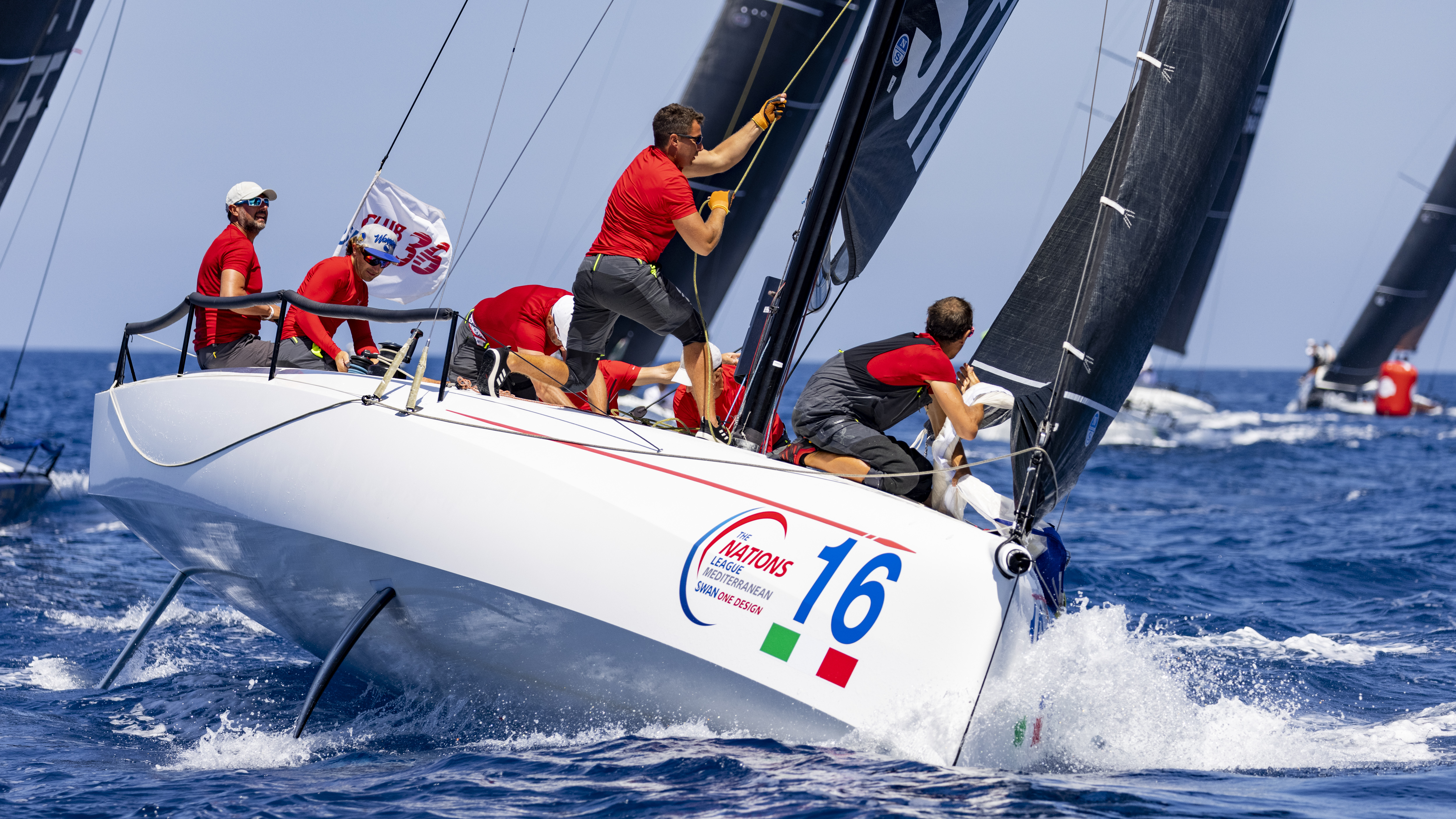 How The Nations League stands

Adding extra piquancy to the competition between boats is the chance to win for your country as well, through the rankings of The Nations League. Points here are awarded by taking the overall positions of the top two teams under each national flag.

For the Swan Sardinia Challenge, Russia came out on top with 22 points, followed by Italy on 20 and Germany on 16. When these scores are added to The Nations League points from the Tuscany event, the overall rankings put Italy in first place, followed by Germany and a resurgent Russia. In all, there are 13 nations represented in The Nations League – 12 in Europe, plus the USA. With some teams counting members from all over the world, this was an event as cosmopolitan as it was exciting.

As the excitement of the last few days fades into memories and stories to tell friends, all eyes turn to the next event in the series: the legendary Copa del Rey held in Palma de Mallorca from 1-8 August.