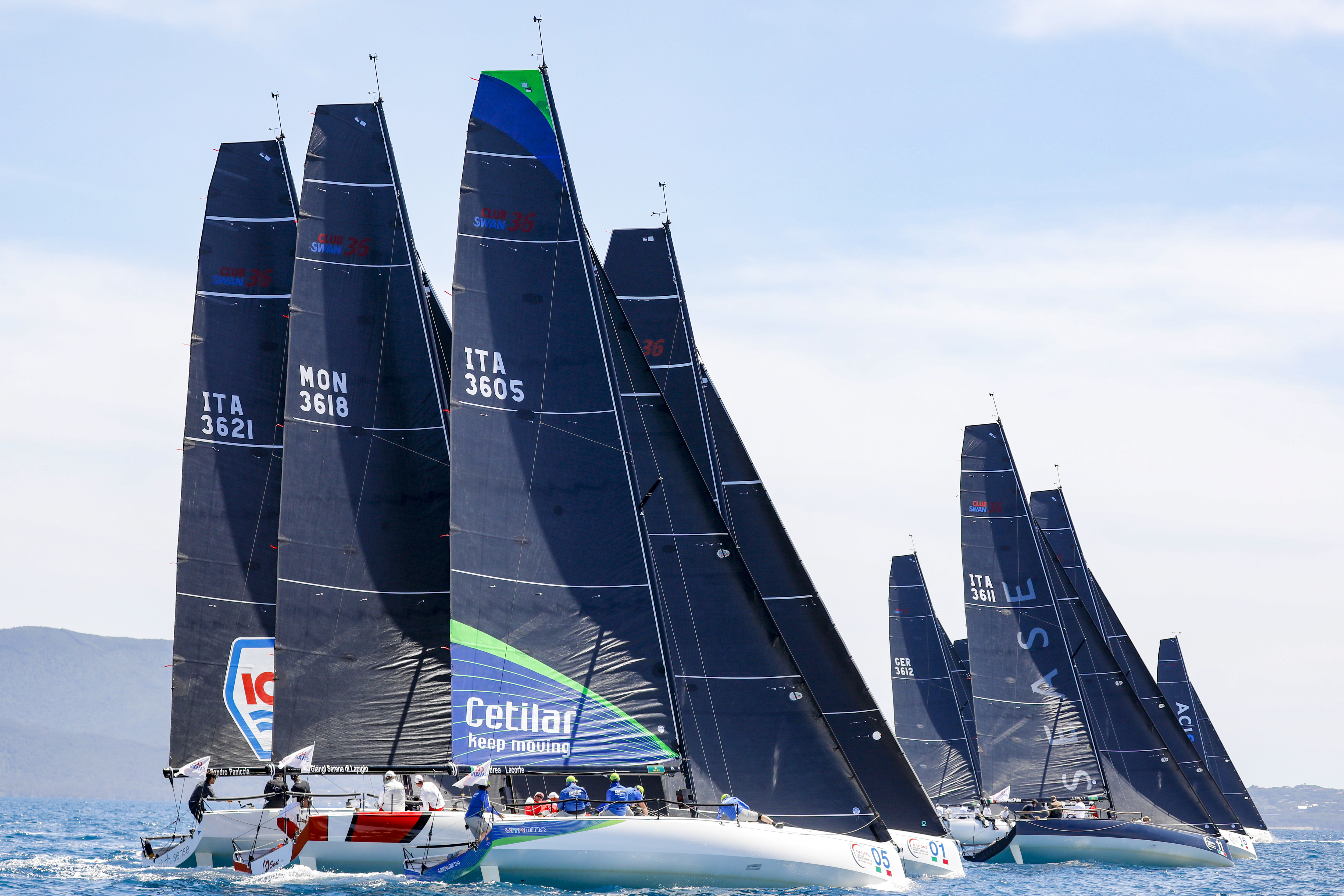 Preparations are under way to welcome 35 Swan one-design yachts to the season’s second major regatta in the splendid surroundings of Porto Cervo. The Swan Sardinia Challenge will see entries in all four Swan one-design classes take to the water for more closely competitive racing from 22-26 June.

This event marks the real launch of racing for the full spectrum of current Swan one designs – an event that is exciting as much interest with race fans as it is with the crews themselves. Organized by the Yacht Club Costa Smeralda, the event is taking place under strictly defined Covid standards to ensure the safety of crews, owners and staff.

“Being here in Porto Cervo is always a great emotion for us. The cooperation with the Yacht Club Costa Smeralda has become stronger and stronger over the years, since the very beginning for Nautor’s Swan,” says Giovanni Pomati, Nautor Group CEO. “During the Sardinia Challenge we will witness a beautiful display of the brand’s racing soul: 4 classes, 35 yachts, 12 Nations overall and owner at the helm enjoying the experience of being part of a big family in one of the most appealing venues around the world. It’s something we are very proud of.”

Leading the fleet is the ClubSwan 50, which will field 13 boats in Sardinia. It is an almost identical line-up to the one that competed at the first regatta in Tuscany, where competition for top spot boiled down a dramatic duel between Leonardo Ferragamo’s Cuordileone and Marcus Brennecke’s Hatari. Tight scoring outside the top two means that the competition is wide open, with all the yachts in contention for a podium place.

Five Swan 45s will start, including last year’s world champion, Lennard van Overen’s Motions. He will be battling it out with the 2019 world champion and podium finisher at the recent ORC Europeans, Klaus Diederichs in Fever.

An impressive fleet of six ClubSwan 42s has registered to race in Porto Cervo. Among the notable entries is the Romanian owner-helmsperson Natalia Brailoiu, who is one of the growing number of female owners on the Swan one-design circuit.

The fleet of foil-assisted CS36s is joined by an enterprising German charter entry, YCCS Commodore Michael Illbruck in Pinta. It brings the class to 11 yachts and, with every CS36 in the Tuscany races achieving at least one podium finish, all the boats are in with a chance. Andrea Lacorte’s Vitamina and Giangiacomo Serena di Lapigio’s G-Spot will continue their tussle for top spot.

After the success of last month’s Swan Tuscany Challenge, teams are gearing up for the likelihood of stronger Mistral winds off Porto Cervo. Tactics and error-free boat handling will be more important than ever over the course of the 11 planned races, which will follow a windward-leeward course. The competition is guaranteed to be intense against the backdrop of the Costa Smeralda, renowned as one of Europe’s finest sailing grounds, with good winds, protected waters and dazzling scenery.

And yet it is the Corinthian spirit which best characterises these fleets. An impressive roll-call of the world’s best sailors make for hard, dedicated racing on the water. But the atmosphere ashore is warm and convivial, with friendships rekindled and plenty of opportunities to enjoy the venue after each day’s racing. Of course, it helps everyone to relax knowing that Swan’s new ClubSwan Racing outfit is there to support owners and crews with requests from technical services and logistics to professional race management.

Last but not least, following its debut in Scarlino last month, in Porto Cervo it will be possible to admire Swan Shadow, the first motorboat model by Nautor’s Swan. Not only, Swan Shadow will also play the role of hospitality VIP boat during the regattas. Once ashore, Nautor’s Swan has set up a welcoming and comfortable lounge area from where it will be possible to appreciate another of the shipyard’s masterpieces, the elegant Swan 98 landing in the Costa Smeralda’s waters.

Besides striving for individual glory in the Swan 45, ClubSwan 36, 42 and 50 classes, owners and their teams will have an eye on the overall rankings for The Nations League, which will see the three most successful countries honoured at the end of the season. The climax of this unique competition among nations is hotly anticipated in The Nations Trophy, which takes place every two years. This year it is being held in Palma de Mallorca from 14-18 September.

After the first event, Italy heads the leaderboard, followed by Germany. Scoring is totted up on a national basis after each regatta, where the leading teams representing the top three nations are awarded a special prize. There are bonus points for winning the Nations Trophy regatta itself, feeding into a final end-of-season score which will determine the most successful nations from the Nations League circuit.

“The Nations Leagues were born with the aim of relaunching the concept of competition at sea between different nations, culminating in the final bi-annual event, The Nations Trophy,” explains Enrico Chieffi, Nautor Group Vice-President. “In the light of this, we really look forward to starting the Sardinia Challenge and watching the confrontation at sea on equal terms not only for the teams’ own glory but also to gain points and bring victory for their own nation. This extra dimension has a particular charm and emphasises the real values ​​and skills of the participants.”