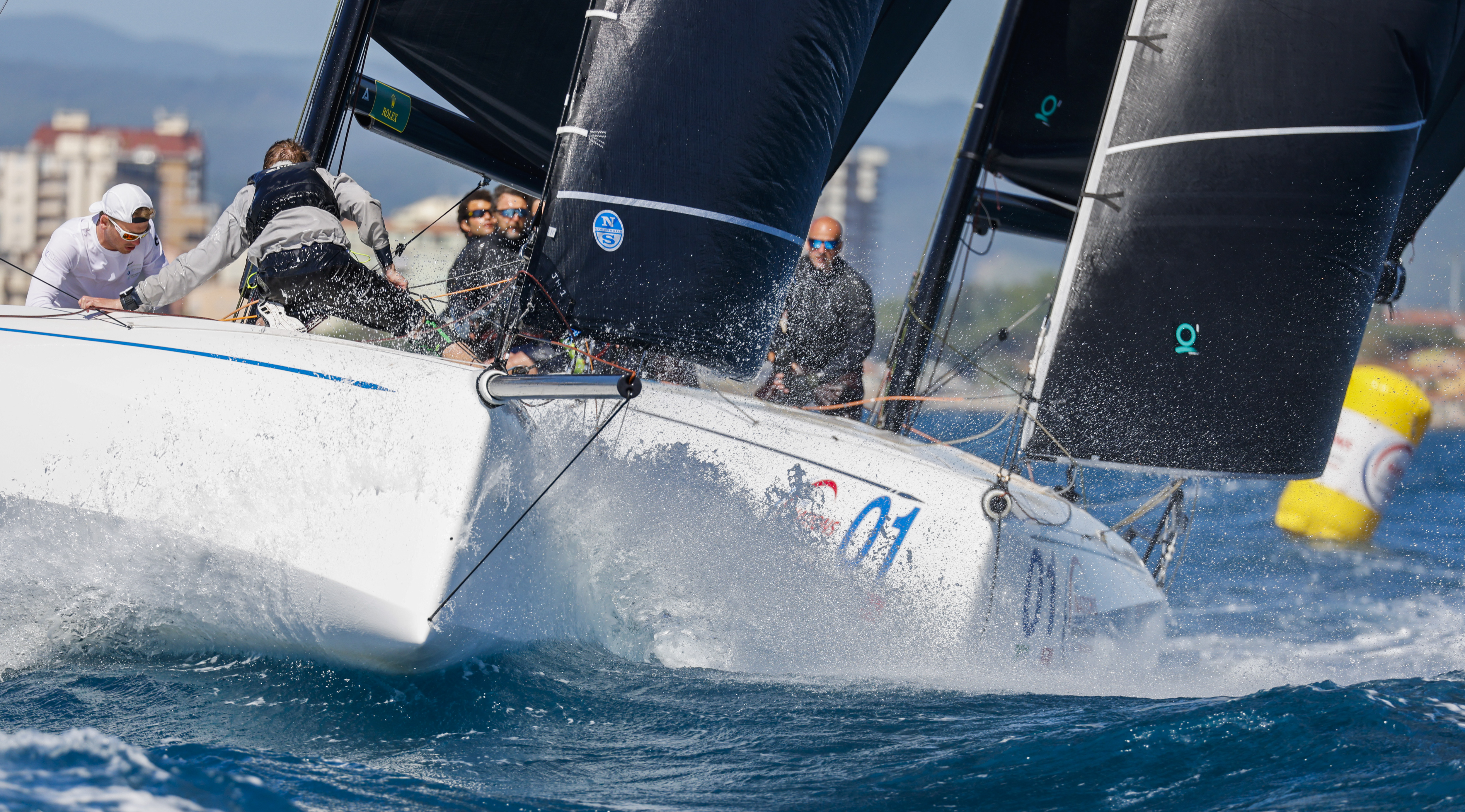 An impressive fleet of twenty-three ClubSwan yachts has gathered at the Marina di Scarlino to mark the debut of an explosive new racing season. No fewer than 10 ClubSwan 36s and 13 ClubSwan 50s have been measured for the Swan Tuscany Challenge, which will pit crews against each other across four days and up to 11 races in the sheltered waters of the Gulf of Follonica.

Not only does the prestigious event mark the return of thrilling Swan one-design racing under the auspices of the Nation’s League, it kick-starts a new era of competition for the hallowed Finnish brand. Nautor’s Swan has established ClubSwan Racing to organise its regattas and provide owners with unprecedented levels of service and support.

“ClubSwan Racing is born, and it is big news,” says President Enrico Chieffi. “Swan invests so much energy in the racing world, that it made sense to set up a new company to handle and direct the effort. Owners will see the benefits immediately, with more stand-alone events for Swan yachts this year, and seamless support ranging from every service an owner can dream of.”

Alongside Chieffi, who is Vice President of Nautor Group, ClubSwan Racing counts a team of five staff, including the much-feted competitive sailor Federico Michetti, who joins as head of ClubSwan sport activities. Naturally enough, the new entity is based at the epicentre of Italy’s marine sector in La Spezia. Together with Enrico and Federico, the team counts on another well-known name in the racing panorama: Claudia Tosi.

“The Tuscany Challenge launches an amazing season for Swan, which culminates in the One Design Worlds in St Tropez in October. In between, there are several rating – racing events in the Med, the Baltic and Asia,” says Michetti. “Our expert team puts good class rules at the heart of ClubSwan Racing to ensure great fun, full service and a great Corinthian spirit that we know our owners love.” 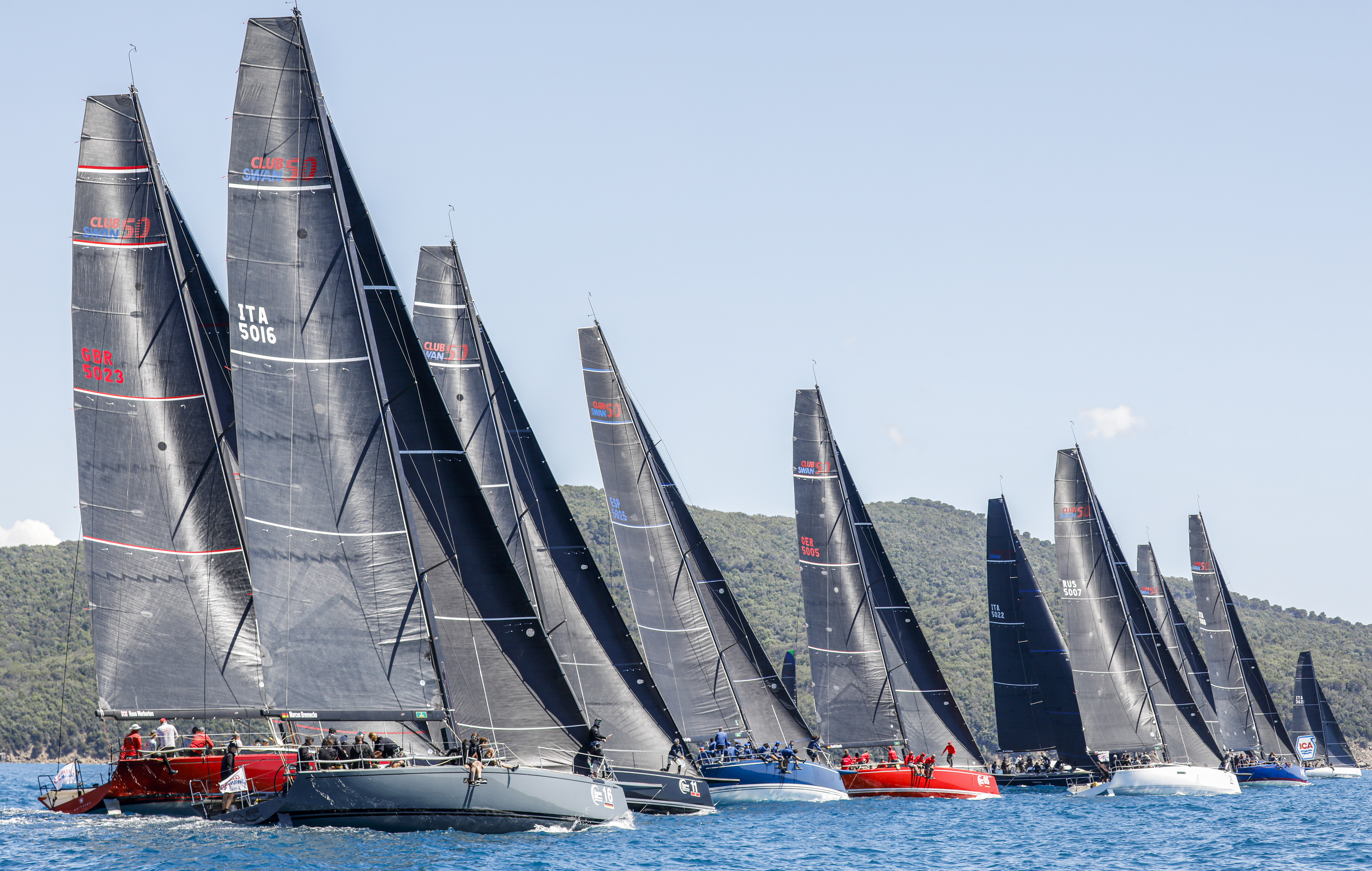 An exciting year of sport

After a successful Rolex Capri Sailing Week, where Swan yachts performed dramatically well, with the whole podium in the ORC Europeans and the Rolex Capri Sailing Trophy award, the Tuscany Challenge is the first of four One Design events that make up the exclusive Nation’s League. The Swan Sardinia Challenge takes place off Porto Cervo from 23-26 June; then there’s the Copa del Rey in Palma from 2-7 August; and the Nations Trophy from 15-18 September. The final standings are determined after the Swan One Design Worlds in St Tropez, which runs from 14-17 October.

In northern Europe, the legendary Nord Stream Race will see ClubSwan 50 crews compete over the 1,000 nautical-mile course between Kiel and St Petersburg. Dates are yet to be confirmed, but should fall towards the end of September.

When it comes to rating racing, a special highlight is the S&S Swan Rendez-vous, under the organisation of the enthusiastic president, Matteo Salamon. In the beautiful waters off the Isle of Elba, it will see the attendance of 25 jewels, representing the yard’s heritage. Then the Swan European Regatta in Turku will offer Swan yachts of all sizes and vintages a chance to race in the yard’s home waters. It will be held from 21-25 July and an exciting fleet of over 50 Swan yachts is expected. A new event is being launched this year for Swan owners based in Asia. Held at Japan’s Riviera Marina, the Swan Asian Regatta aims to attract owners from all over the region for three days of racing from 29-31 October. ClubSwan Racing has ambitious plans to broaden Swan racing, with regional regattas in the USA, the Solent, Baltic and Mediterranean. And it will oversee the award of a series of new trophies to stand-out Swan yachts.

With owners and their teams impatient to return to the water, the Swan Tuscany Challenge has already delivered some thrilling action from just the practice racing. What began as a gentle sea breeze swung through 50 degrees and gusted up to 25 knots. The start was reset to account for the change in wind direction, and the fleet was soon jostling for position at the line.

It was a chance to go through the motions, and for many of these teams, the first time for months that they experienced the familiar shot of adrenaline of a start. Most boats stayed out for a few thrilling legs of this windward-leeward course, before returning to port to keep sails and crew fresh for the scoring races tomorrow.

A more settled forecast with calm seas, plenty of sun and steady sea breezes sets the scene for the days ahead, promising plenty more action on the water.

A bullish Eddie Campbell captaining British entry Perhonen says he is hoping for a podium finish in this regatta. “We were strong in our first season, but last year with Covid, we couldn’t get big momentum. Light airs can open things up a bit,” he said.

“This is a gentleman’s circuit,” added an excited Markus Wieser, tactician aboard defending CS50 World Champion Hatari. “It is the only one design class where you can race at the moment.”