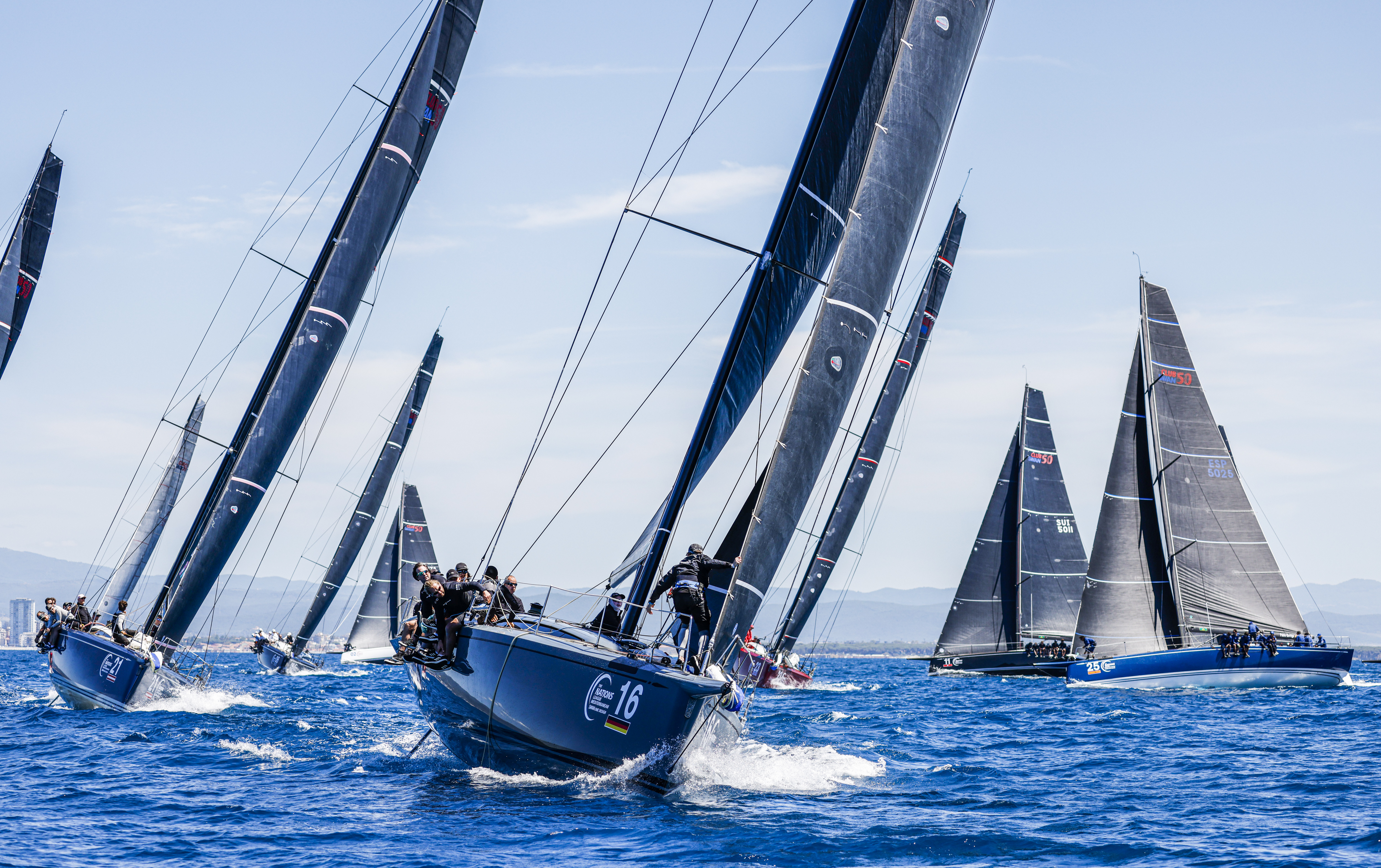 Italy’s Gulf of Follonica served up another day of near-perfect sailing conditions to the 23 crews of the Swan Tuscany Challenge. A stable 10-12 knot breeze and glassy seas made for good speeds with no distractions for the mixed amateur and professional crews aboard the fleet of ClubSwan 36s and ClubSwan 50 boats.

Nerves had settled overnight, after the excitement of Wednesday, which marked the long-awaited return of Swan one-design racing. Teams on the quay in the early morning sun were more relaxed, but every bit as eager to get into the day’s racing. On shore technical teams had been kept busy through the night tweaking and repairing sails, and spirits were high ahead of the midday start gun.

“We are trying to improve by watching the others,” said Simon Sivitz, mainsail trimmer on CS36 Farstar. “For instance, we made some small changes to the mast settings compared to yesterday’s leading boats. We are all so close, tacking from one boat to another, trying to find the best position to round the top mark.”

The move paid off, with Farstar scoring a bullet and a 2nd place to put them third overall in the class. But the day belonged once again to G-Spot, Giangiacomo Serena di Lapigio’s CS36. He held onto his top position with a bullet, a third and a fourth place in the day’s racing. That was in spite of a 20-degree wind shift to the right, which meant the upwind marks had to be moved during the race.

“Our secret? It’s a lot of training. Even if it’s our first year in the Swan, we’re confident with the same crew we in the Melges for the last seven years,” said Serena di Lapigio. “The Swan is a really different boat. Upwind it needs to be heeling much more, then you’ve got the foils. Trying always to be consistent is our way – of course, we also try to win!”

Vitamina was the other big winner of the day in the CS36 class, jumping three spots to overall second place with consistently sharp sailing. Andrea Lacorte’s team posted a first, third and fourth to add to yesterday’s bullet.

Racing on a knife-edge

In the bigger boats, Marcus Brennecke’s Hatari kept their cool with two impressive bullets. They would have leapfrogged Leonardo Ferragamo’s Cuordileone but for a tactical error in the final race which saw them finish ninth with a scoring penalty.

“We had a bad start, then made a mistake by not letting Cuordileone cross, so we were at the mercy of other boats. Then we cut in front of Earlybird and got a penalty,” said Brennecke. At the back of the fleet, Hatari nevertheless managed to claw back five places downwind. “It’s just a very close fleet. Everyone can be in front and that’s the fun,” he added.

There was an interesting improvement in form for the Ross Warburton’s CS50, Perhonen. He steered to a fourth and a third place, pulling Perhonen four places up the scoreboard from penultimate place. “We had a big improvement in the way the boat worked today,” said Warburton. “We did a lot of head-scratching overnight. It’s mainly trim, with better speed on one tack. Hopefully we can hang onto it. A lot of the guys are quite new, so we’re really pleased.”

Breaking the mould for female participation

The CS50 Ulika also put in another solid day’s performance, moving into third place overall. Irene Masi in the pit is one of the growing number of women to be taking part in Swan one-design events. Wife of the owner, she says she helms the boat in some events. “Sometimes it is difficult because I have to fight for my role. I like very much the high level of this regatta. I am very happy to see for the first time there are a lot of women.”

In fact, the Tuscany Challenge sees the first all-female team to sail a ClubSwan – the CS36 Skorpidi being campaigned by Russian Daria Strokous. Her Olympic medal-winning tactician Sofia Bekatorou helped steer the boat to a second-place finish in the day’s first race, showing that this young team have what it takes to compete against the men.

“It’s really important to have an all-female team,” said Bekatorou. “Sailing is a very technical sport, so you can always find ways to work it out differently to the men. I really believe in gender equality, and it’s still rare to have women on board because they are smaller and lighter. We feel very welcomed by the other teams here.”

Garmin was sponsor of the day and handed over the prizes for the podium finishers on day two. The carefully controlled ceremony is a chance to reflect on the day’s successes in a more formal manner. It is thanks to the support of such sponsors that Nautor has been able to create such a convivial atmosphere within the confines of a pandemic-proof set-up.